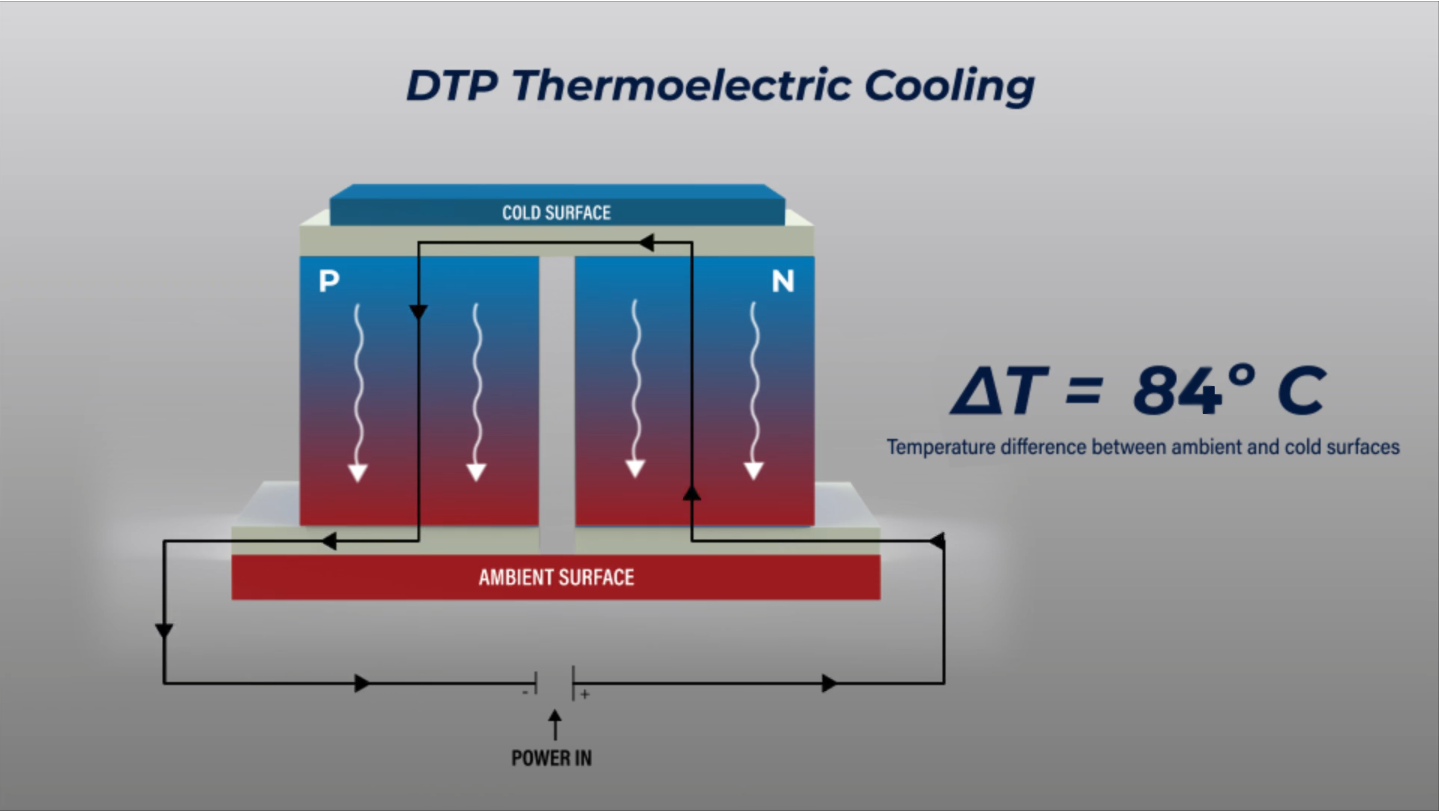 Developed by President and CEO, Dr. Lon Bell, and Chief Technology Officer, Dr. Douglas Crane, the patent expands on DTP’s ability to increase cooling and heating performance in a thermoelectric heat pump. The system incorporates a DTP thermoelectric couple with at least one DTP thermoelectric element, with varying properties — including Seebeck coefficient, electrical resistivity and thermal conductivity — at different spatial locations within the material.

By varying these transport properties throughout the length of the couple, the DTP material structure changes to closely match the shape that creates optimum performance. Thanks to these thermal characteristics, DTP technology delivers increases in heating and cooling efficiency and capacity. It is also poised to enhance the performance landscape of thermoelectric systems compared to conventional thermoelectric material.

Details of the patent can be found here.

Explore How DTP Thermoelectric Cooling Works in Our New Video